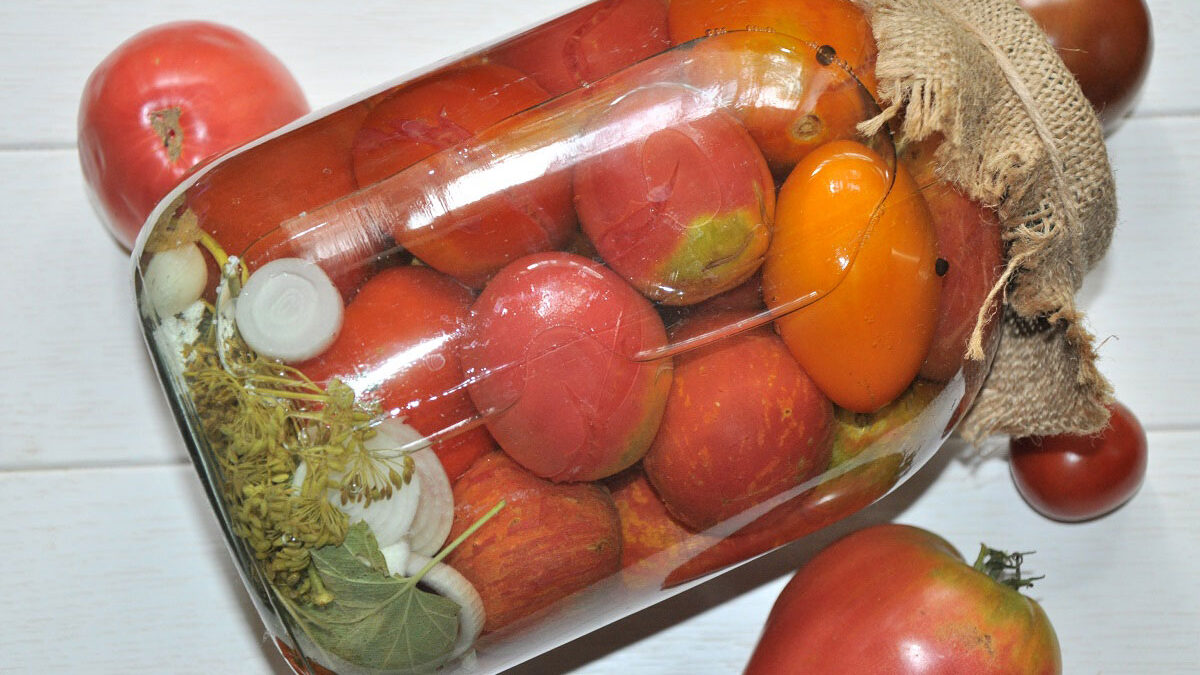 Barrel tomatoes in a jar – fragrant and savory preparation

Delicious, fragrant, barrel-like carbonated tomatoes don’t have to be salted in a barrel or bucket. There is a simpler and easier way – ferment them in a three-liter jar, fill with cold marinade and add acetylsalicylic acid tablets.

Thanks to acetylsalicylic acid (aspirin), tomatoes do not become cloudy, mold does not gather in the jar (as is often the case when pickling tomatoes in a barrel), and the tomatoes themselves do not need to be washed periodically. In addition, such preservation can be stored for quite a long time.

1. For canning, select ripe tomatoes without damage and dents (it is advisable to choose tomatoes with a thick skin), wash them well. 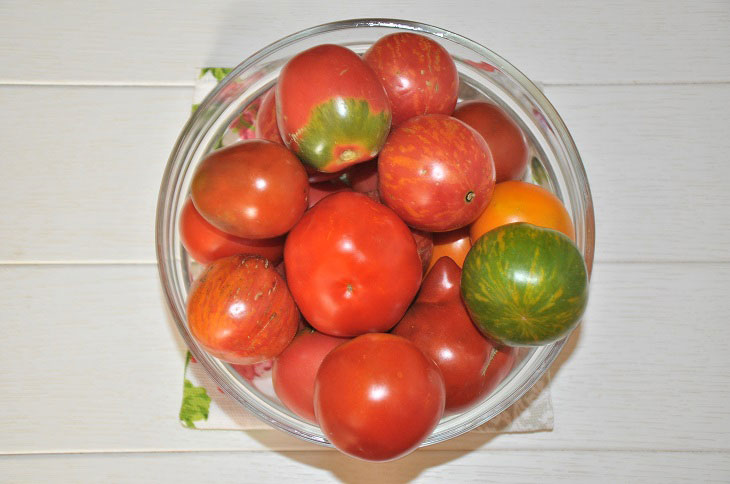 2. Boil the washed three-liter jars over steam. At the bottom of each jar, place washed sprigs of parsley and dill with umbrellas, currant leaves, bay leaves, black and allspice peas, garlic cloves, onion sliced ​​into rings.

If desired, you can add other spices, at your discretion, for example, horseradish leaves, celery, clove buds. 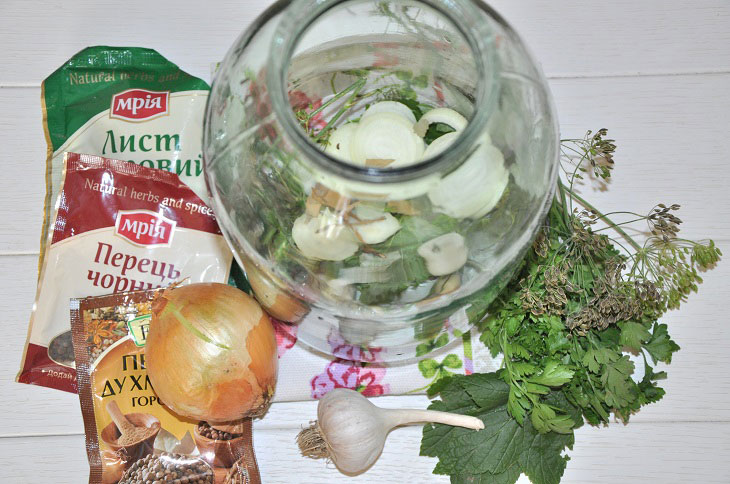 3. Next, as tightly as possible, put the tomatoes in jars, filling them to the top. 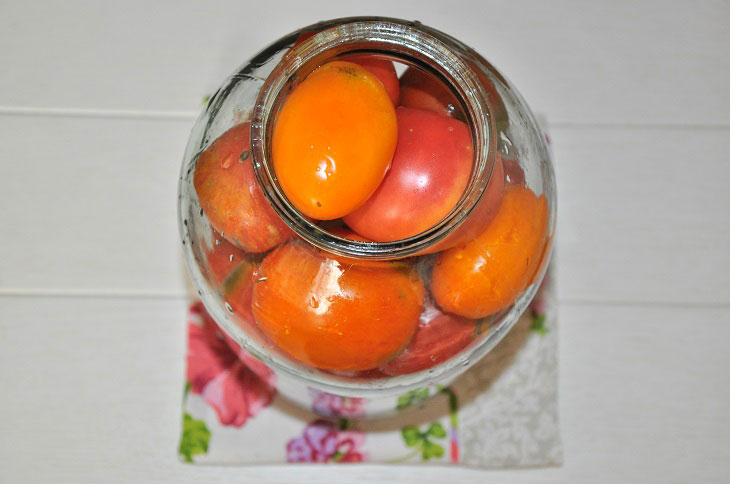 4. Prepare the marinade for pouring. In cold water (!) Mix sugar with salt (they should dissolve completely), add 9% vinegar. 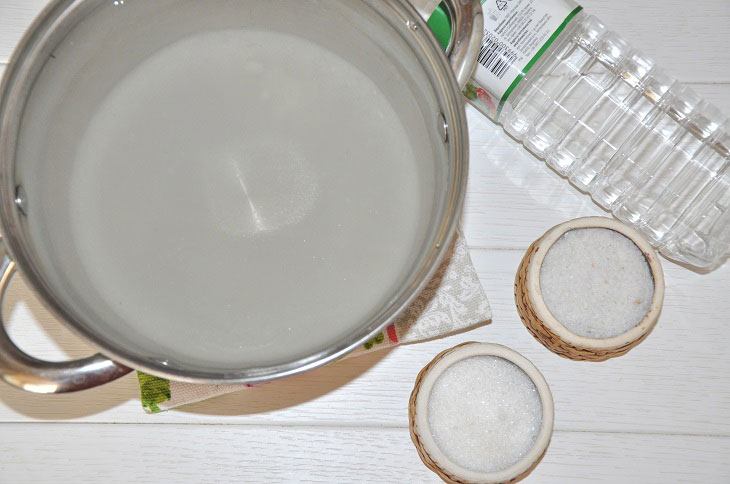 5. Add 3 tablets of acetylsalicylic acid (aspirin) to each jar of tomatoes. 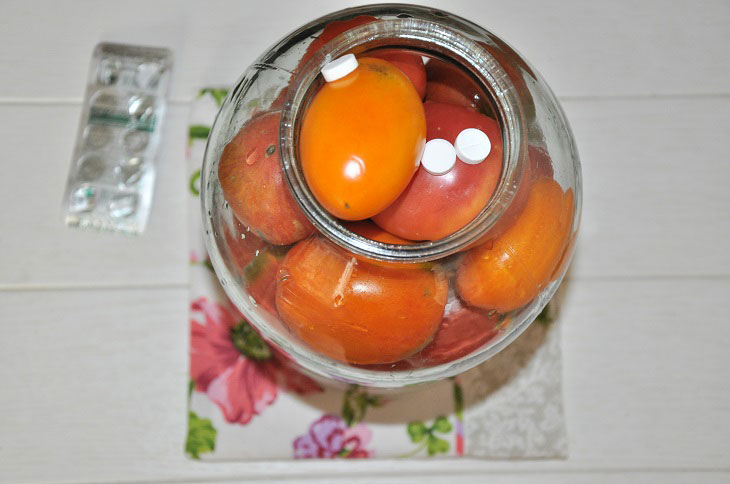 6. Then pour the cold marinade over the tomatoes. 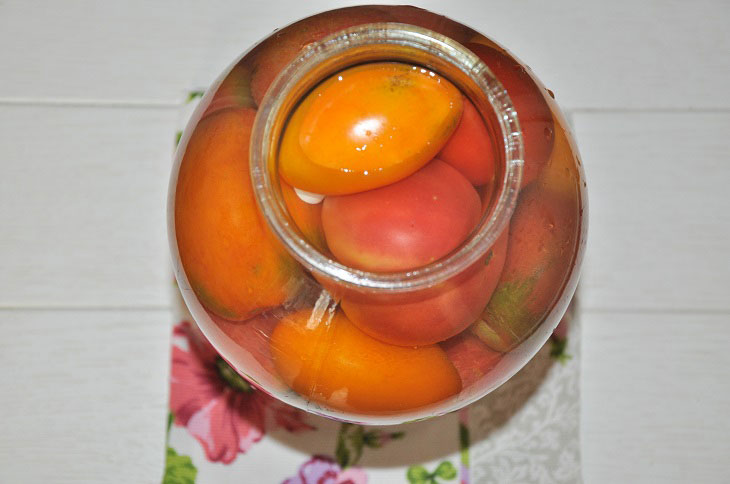 7. Cover the jars with soft nylon lids (before covering the jar, scald the lid with boiling water). Gently shake each jar several times to dissolve the acetylsalicylic acid (aspirin) tablets. 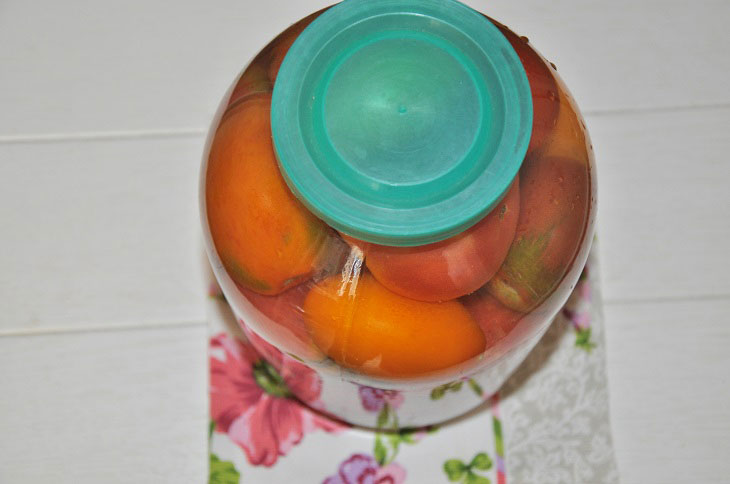 8. After that, store the tomatoes in a cool place.

It is worth noting that it is desirable to store such preservation for no more than 6 – 8 months, and the tomatoes themselves after pickling can be tasted after 3 – 4 weeks. To taste, they are very reminiscent of barrel tomatoes, the same slightly carbonated, very tasty and fragrant. 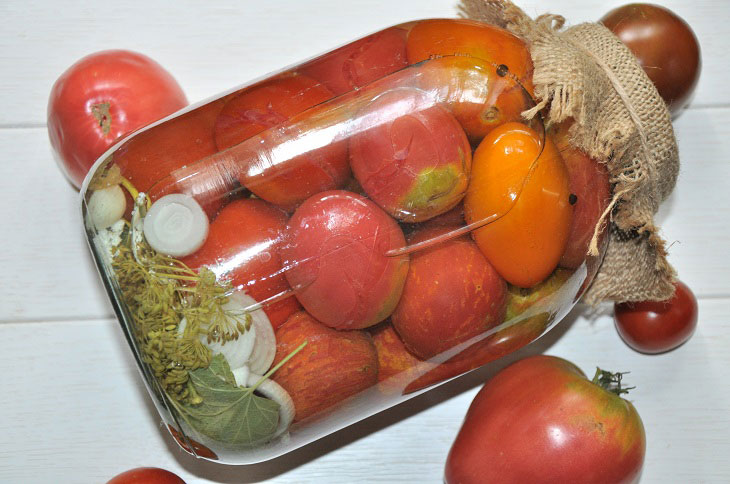 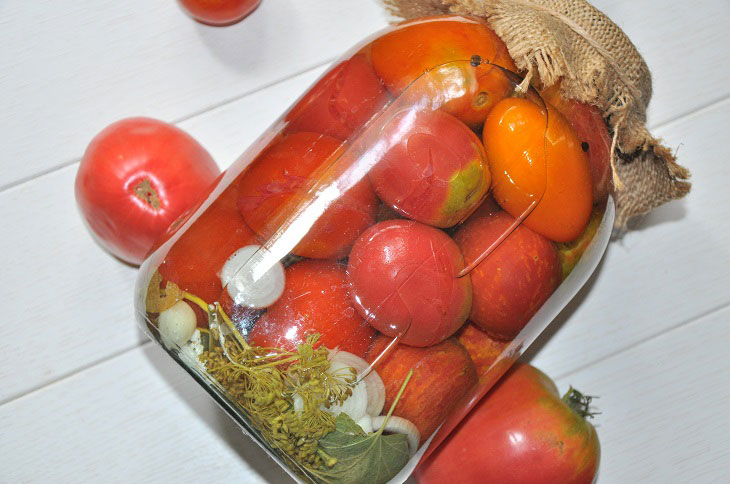 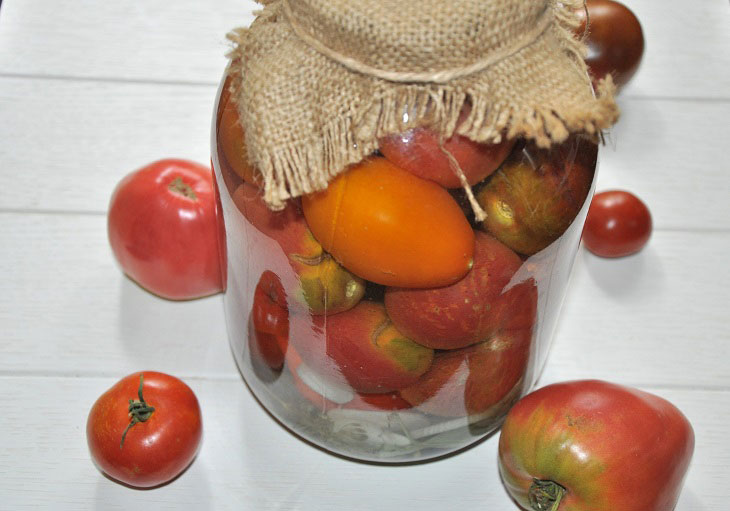 Eggplant “Spark” for the winter – fragrant and spicy preparation

Salad “Bliss” from cucumbers – an original preparation for the winter