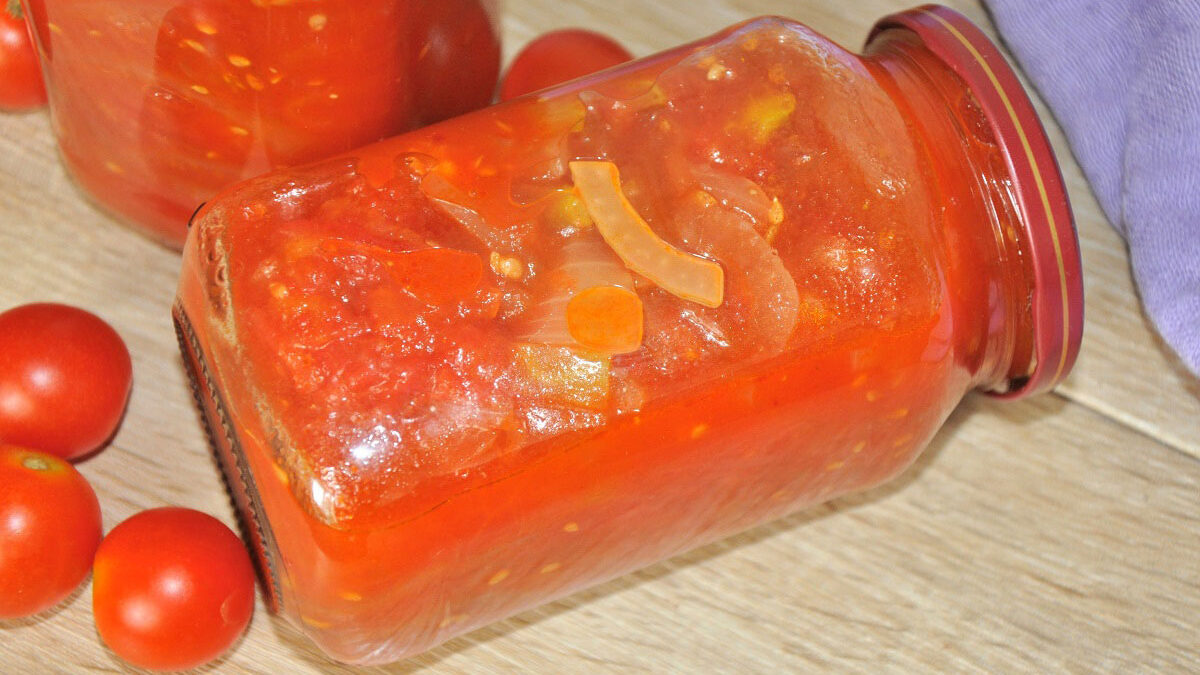 Chamberlain sauce for the winter – a very tasty and fragrant preparation

Today we offer you to preserve Chamberlain sauce – one of the options for a delicious and fragrant tomato sauce for the winter, which can be used to make pizza or as an addition to meat dishes. It turns out such a sauce is sweet and sour, with a bright aroma and flavor of spices, so lovers of original sauces will just like it.

1. Choose ripe, fleshy tomatoes (preferably firm ones) for Chamberlain sauce. Wash the tomatoes, then pour them with boiling water for 20 – 30 seconds, then dip them in cold water. Remove the skin from the tomatoes one by one and cut out the stem. 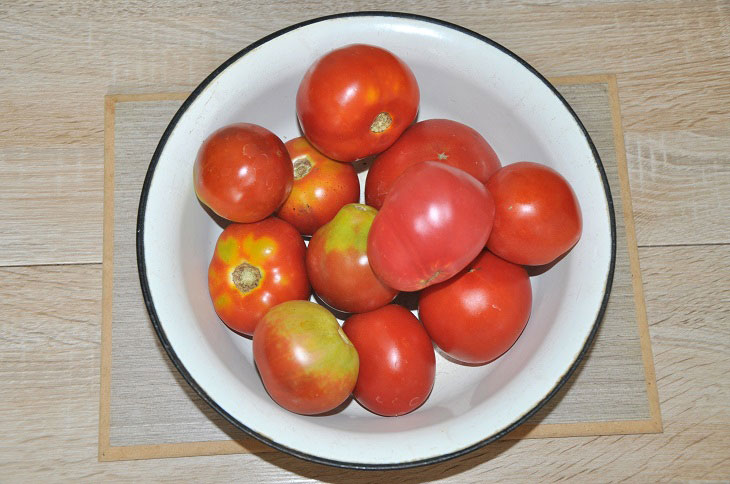 2. Immediately cut the peeled tomatoes into slices (cut one fruit into about 6 to 8 parts). Put the chopped tomatoes in a saucepan (preferably fireproof, with a thick bottom). 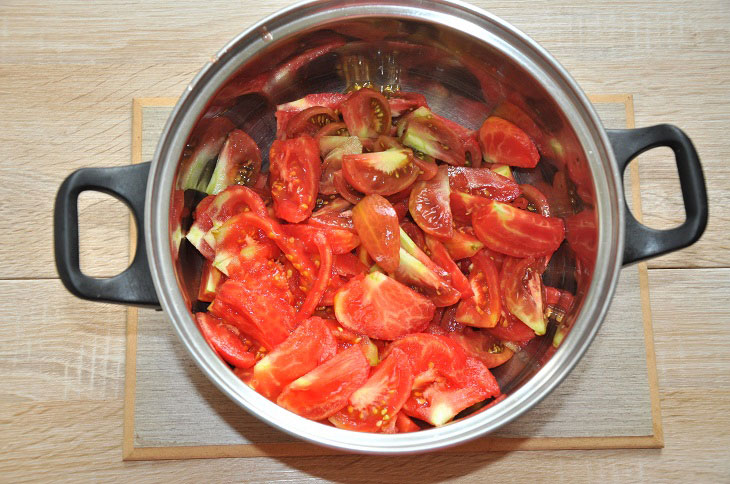 3. Cut the peeled and washed onions into thin strips (halves / quarter rings), and add to the chopped tomatoes. 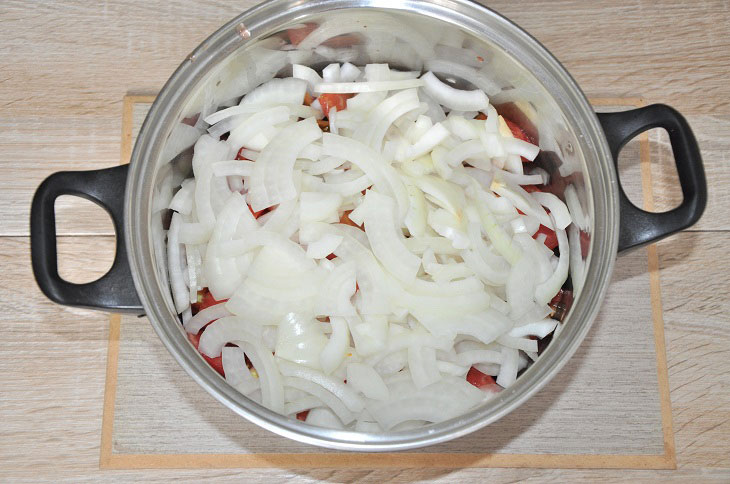 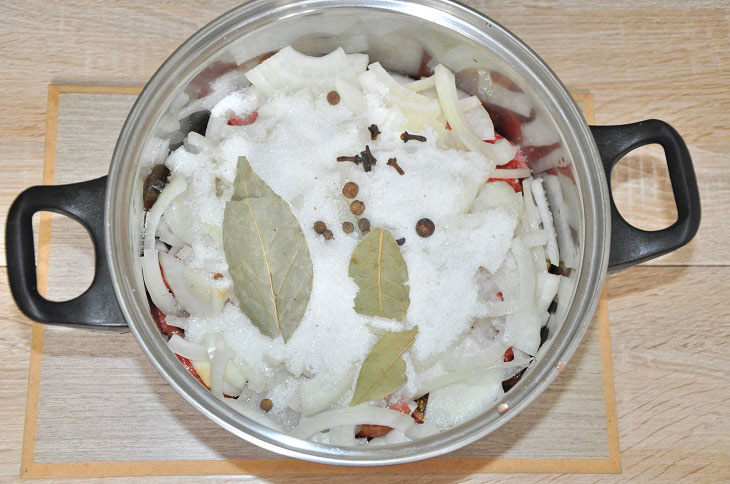 5. Gently mix the vegetables with spices, then bring the sauce to a boil, and when it boils, boil over high heat, stirring constantly for about 10 minutes (during this time, the tomatoes should start juice, and the onions should become soft). 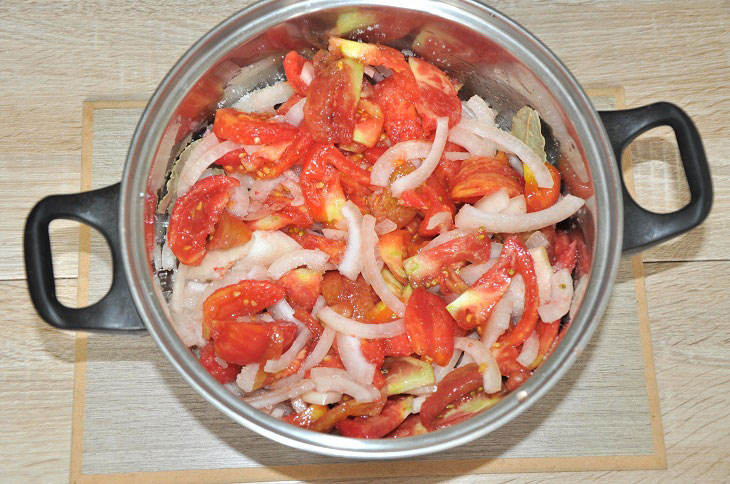 6. After 10 minutes of boiling, add vinegar to the chamberlain sauce, and, stirring, boil for a couple more minutes (from the moment of boiling).

If you use sour tomatoes to make Chamberlain sauce, you can omit the vinegar in the preservation. Therefore, before acidifying the sauce, be sure to taste it. 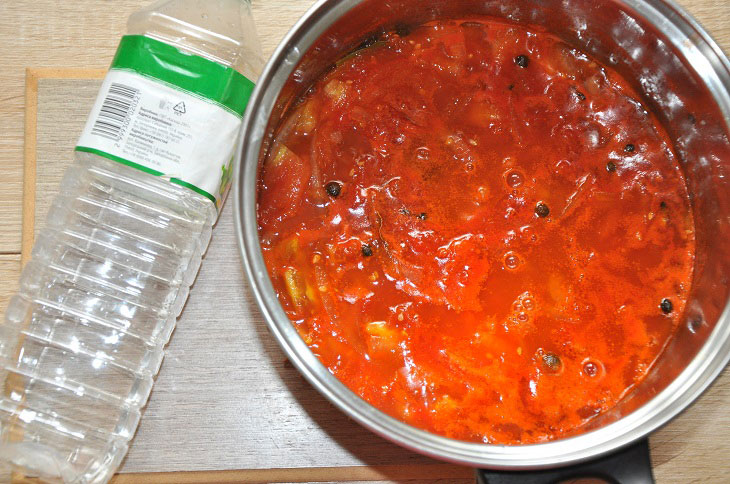 7. Remove the bay leaves from the sauce, and pour the sauce itself (along with the rest of the spices) into sterile (previously boiled over steam) jars. 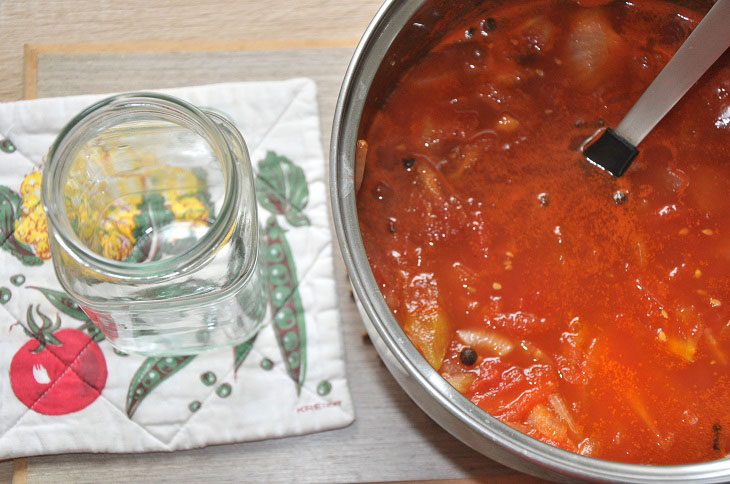 8. Cork/roll jars of chamberlain sauce with hot lids and wrap until they are completely cool. 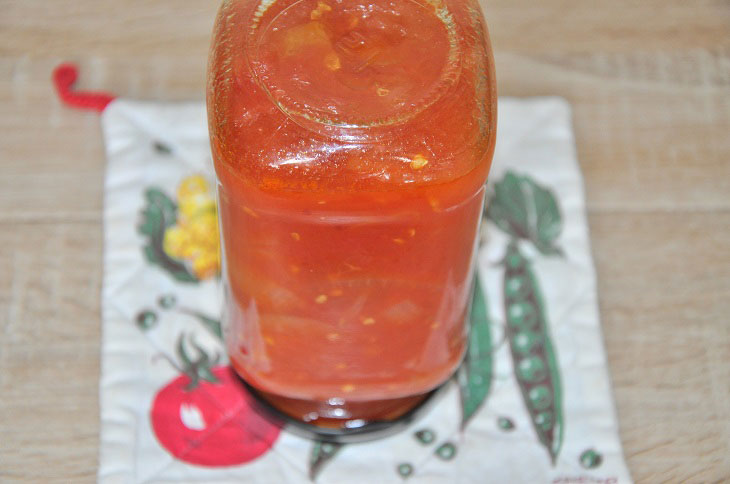 Cooled sauce is best stored in a cool place, such as a refrigerator or cellar, for no longer than two years. 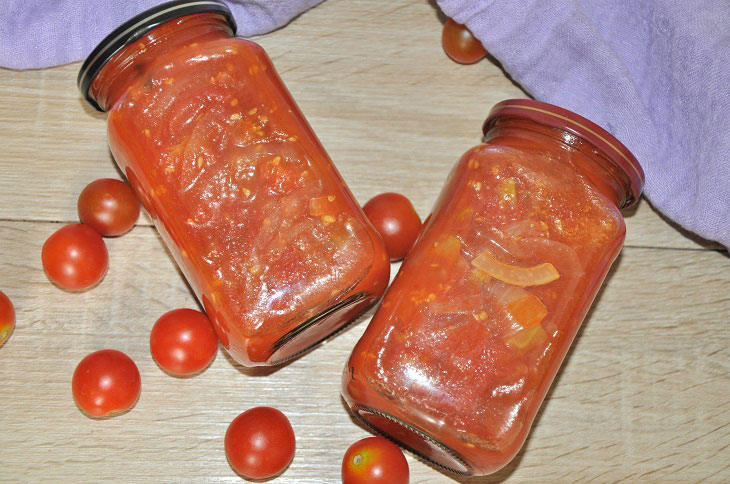 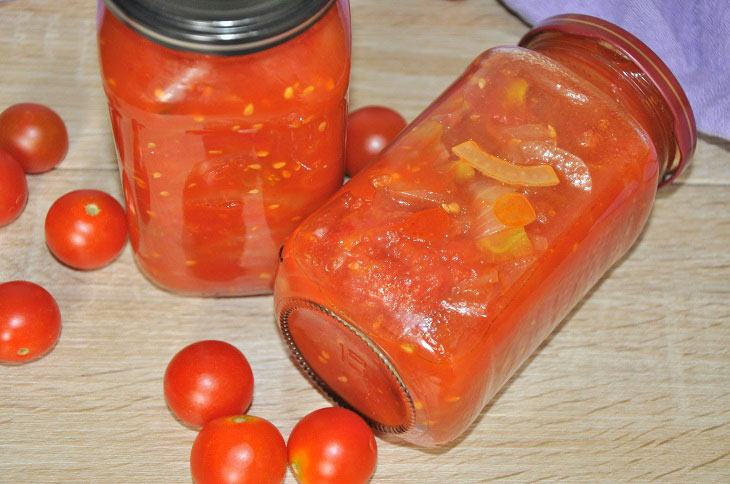 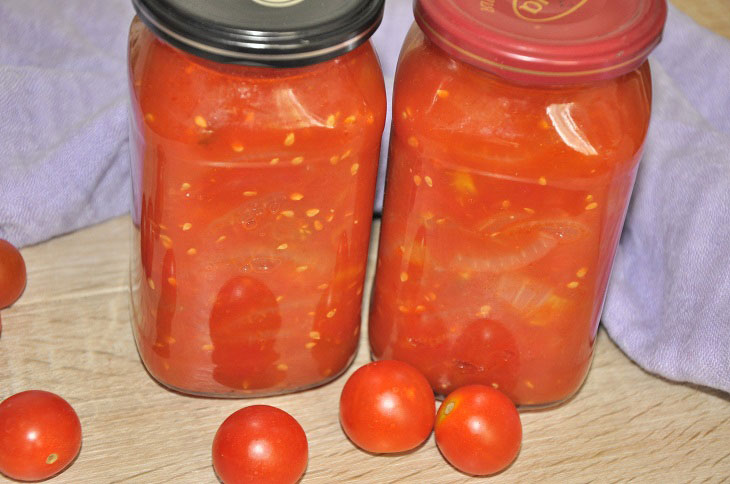 Currant compote for the winter – tasty, healthy and fragrant

Korean cauliflower for the winter – a healthy and tasty preparation